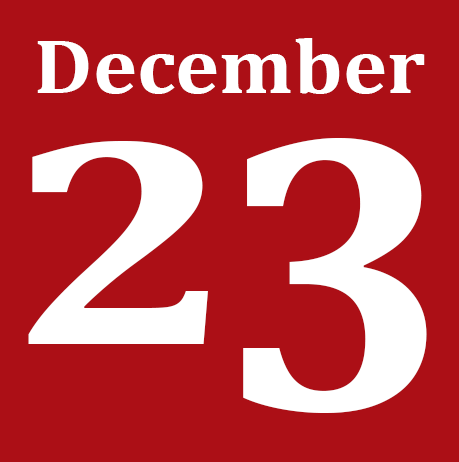 Festivus is celebrated annually on December 23rd, although many others consider it a floating holiday and celebrate it at other times of the year.

Still, December 23rd remains as the center of contemporary Festivus activity, especially in popular culture and the media.

Why the 23rd of December?

Many people often wonder how the official date for Festivus was derived.

The date is actally revealed in the Seinfeld episode “The Strike”. In a bagel shop scene, after Kramer learns about Festivus, he approaches his boss and asks for a day off for the purpose of celebrating Festivus. 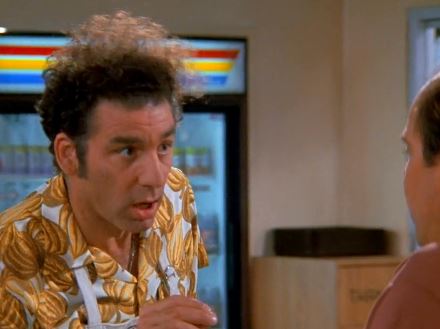 Kramer: Listen Harry, I need the 23rd off.
Harry: Hey! I hired you to work during the holidays. This is the holidays.
Kramer: But it's Festivus!

This was the moment when the date for the Seinfeld Festivus was established.

The Seinfeld writers were clearly interested in continuity as there is further evidence in the episode to support the notion of Festivus being on the 23rd. Later in the episode, during the scene at the diner, Kramer made this announcement:

If you look back at 1997, the year the episode was aired, December 23rd was in fact a Tuesday.

The only question remaining is whether the 23rd was chosen for any special reason. In a 2009 online chat through the Washington Post, Seinfeld writer Dan O’Keefe was asked if there was any significance in “23 December”. He confirmed that the date was chosen “randomly”. (Reference: Festivus! The Book)

What is December 18th?

December 18, 1997 was the date the Seinfeld episode "The Strike" first aired, and this date is often used as an anniversary of when the Seinfeld version of Festivus was first unleashed on the world.

The Real Festivus - A Floating Holiday

The real Festivus, as celebrated by the O'Keefe family was not celebrated on December 23rd. "It didn't really have a set date. Which made it more ominous. It was a floating holiday," Dan O'Keefe has said. (Reference: Festivus! The Book)

In his book, "The Real Festivus", Dan O'Keefe humorously described how his father's floating holiday was scheduled:

Our Festivus had no set date. It was what you'd call a "floating holiday". It could occur at any time roughly between September and May Although it happened with greater frequency in October and November, and between February and April. One year there were two, I believe. On several occasions, though, it coincided with Thanksgiving. Once it occurred on August sixth, although this was not in any way designed to commemorate the bombing of Hiroshima.

The notion of a "pop-up" Festivus remains somewhat true even today, as many people do not actually celebrate Festivus on December 23rd. They might celebrate on a more convenient day in December, or even at another time of the year. Of course, if it was okay for Daniel O'Keefe to have a floating holiday, then it should be fine for others.

It should also be noted that the very nature of the holiday allows for such freedom.